Why Do My Gums Hurt? 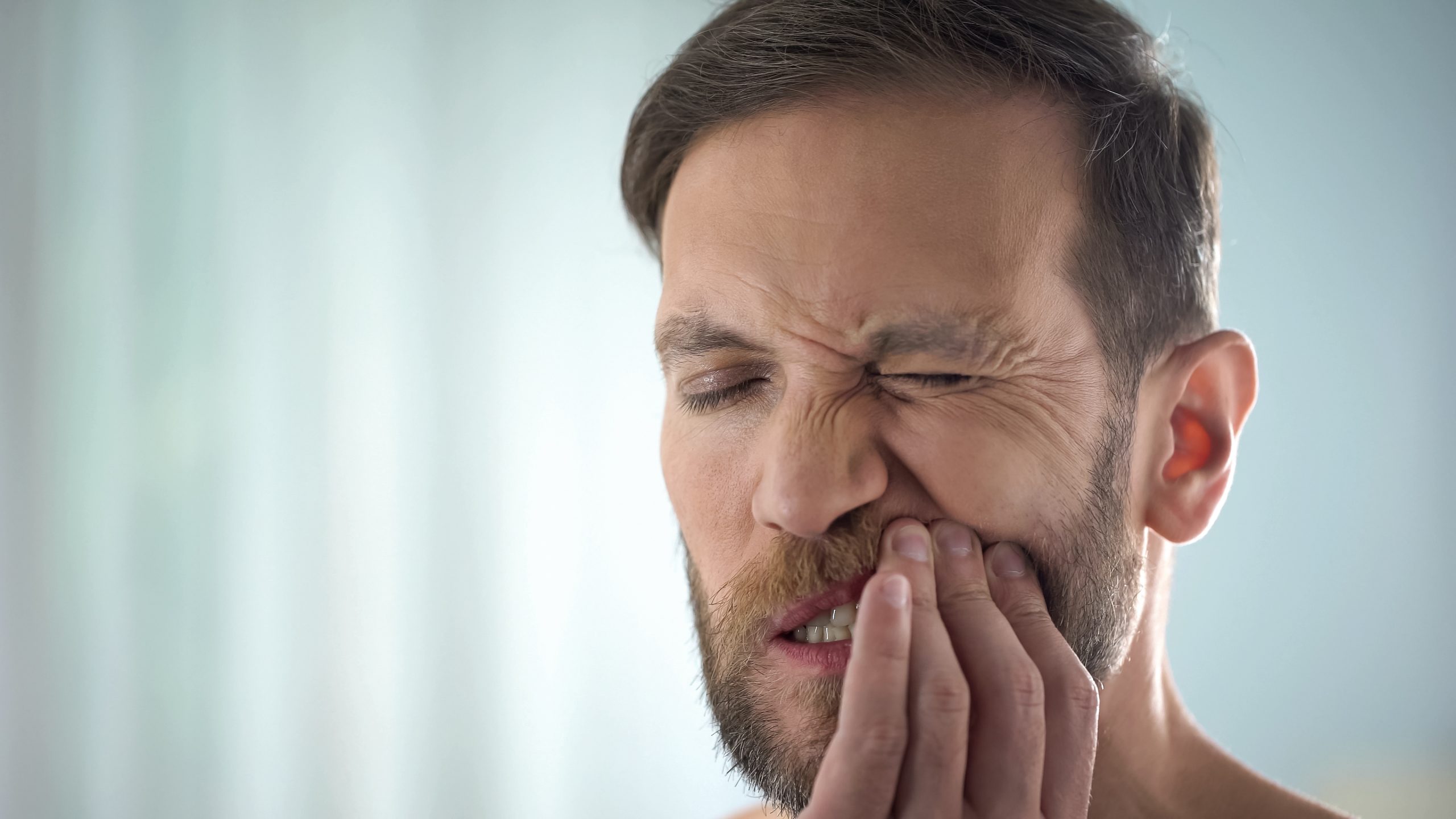 Why Do My Gums Hurt?

Do your gums hurt after flossing? Do you have sore gums after eating? You are not alone: nearly half of adult Americans suffer from gum disease. But gum disease isn’t the only possible cause of sore gums, either in general or after eating, flossing, or brushing. If your gums are sore, you might suffer from one or more other factors, including vitamin deficiency, hormones, illness, improper brushing or flossing, or the use of incorrect oral care products for your mouth.

Swollen gums or gums that are bleeding are frequently linked to gum disease, which has two stages:

Sore gums often is one of the first signs that you might be suffering from this early, mildest form of gum disease.

A more advanced stage of gum disease, periodontitis has more serious consequences, including possible tooth loss and the development of other health problems.

Other possible causes of sore and sensitive gums:

Changes in a woman’s hormones can affect their gums. During puberty, an influx of hormones can lead to swelling and sensitivity due to increased blood flow to the gums. Just before a woman’s menstrual period, her gums might become swollen and be more likely to bleed. From the second or third month of pregnancy through the eighth month, some women develop gums that hurt or swollen and bleeding gums. During menopause, some women experience unusually dry gums, which in turn can cause soreness and an increased likelihood of bleeding gums.

Stress heightens the cortisol levels in the body, which can increase inflammation throughout the body, including the mouth and gums.

Using tobacco products such as cigarettes, chewing tobacco, or snuff is associated with gum disease. Tobacco use increases your risk of sore gums, as well as oral cancer.

Some of the symptoms of cancer in the mouth are sores that will not heal, a growth or lump in your mouth, difficult or painful swallowing and loose teeth.

Though regularly brushing and flossing your teeth is important, maintaining a diligent oral hygiene routine is critical for keeping your mouth healthy and helping prevent sore gums. If your gums hurt after brushing or flossing, you could be brushing too hard or using an improper flossing technique. You might benefit from switching oral care products.

If your gums hurt after eating, you might be suffering as a result of a food or dental product allergy, burns, an abscessed tooth, or a blood disease. Always consult your dentist or doctor if you notice sensitive or sore gums for a prolonged period of time.

In many cases, the cause of sore or sensitive gums is connected to oral hygiene. If your gums hurt, the best place to start is with improved oral hygiene practices.

Using the Right Toothpaste and Mouthwash

If your gums are sore after brushing, you might not be using the right toothpaste or mouthwash for your gums. Products with nano silver could improve your dental health. Silver naturally has antibacterial and antifungal properties. At nano size, silver particles can penetrate the biofilm and better destroy bacteria cells.

Biofilm, or plaque, is the layer of bacteria that builds up over time on the surface of your teeth. One of the benefits of nano silver is that the particles can more easily penetrate the outer coating of the biofilm. A nano silver solution releases silver ions directly inside the biofilm to target acid. Nanosilver shouldn’t be confused with colloidal silver, since nanosilver is significantly more effective at protecting enamel and balancing the oral biofilm by reducing acid.

Check out these toothpaste and mouthwash products that contain nano silver, and learn how switching to Elementa products might improve your oral health and hygiene to better prevent sore, swollen, or bleeding gums.